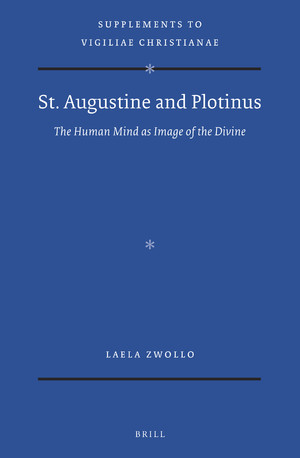 The Human Mind as Image of the Divine

In Augustine and Plotinus: the Human Mind as Image of the Divine Laela Zwollo provides an inside view of two of the most influential thinkers of late antiquity: the Christian Augustine and the Neo-Platonist Plotinus. By exploring the finer points and paradoxes of their doctrines of the image of God (the human soul/intellect), the illustrious church father’s complex interaction with his most important non-biblical source comes into focus. In order to fathom Augustine, we should first grasp the beauty in Plotinus’ philosophy and its attractiveness to Christians. This monograph will contribute to a better understanding of the formative years of Christianity as well as later ancient philosophy. It can serve as a handbook for becoming acquainted with the two thinkers, as well as for delving into the profundity of their thought.

Laela Zwollo, Ph.D. (2016) Tilburg University, Scool of Catholic Theology, is a researcher of Early Christianity, Platonism and Gnosticism. She is affiliated with i.a. The Netherlands Centre for Patristic Research (CPO) in Utrecht.