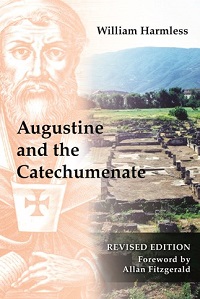 Augustine and the Catechumenate

As one of the most influential thinkers in Christian history, St. Augustine (354–430) had a flair for teaching and meditated deeply on the mysteries of the human heart. This study examines a little-known side of his career: his work as a teacher of candidates for baptism.

In the revised edition of this seminal book—completed only weeks before the author's untimely death—both the text and notes have been revised to better reflect the state of contemporary scholarship on Augustine, liturgical studies, and the catechumenate, both ancient and modern. This edition also includes new findings from some of the recently discovered sermons of Augustine and incorporates new perspectives from recent research on early Christian biblical interpretation, debates on the Trinity, the evolution of the liturgy, and much more.

This reconstruction of Augustine's catechumenate provides fresh perspectives on the day-to-day life of the early church and on the vibrancy and eloquence of Augustine the preacher and teacher..

William Harmless, SJ (1953–2014), was professor of historical theology and patristic studies at Creighton University since 2005. His other books include Desert Christians: An Introduction to the Literature of Early Monasticism, Augustine in His Own Words, and Mystics.