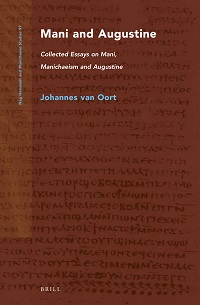 Mani and Augustine: collected essays on Mani, Manichaeism and Augustine gathers in one volume contributions on Manichaean scholarship made by the internationally renowned scholar Johannes van Oort. The first part of the book focuses on the Babylonian prophet Mani (216-277) who styled himself an ‘apostle of Jesus Christ’, on Jewish elements in Manichaeism and on ‘human semen eucharist’, eschatology and imagery of Christ as ‘God’s Right Hand’. The second part of the book concentrates on the question to what extent the former ‘auditor’ Augustine became acquainted with Mani’s gnostic world religion and his canonical writings, and explores to what extent Manichaeism had a lasting impact on the most influential church father of the West.